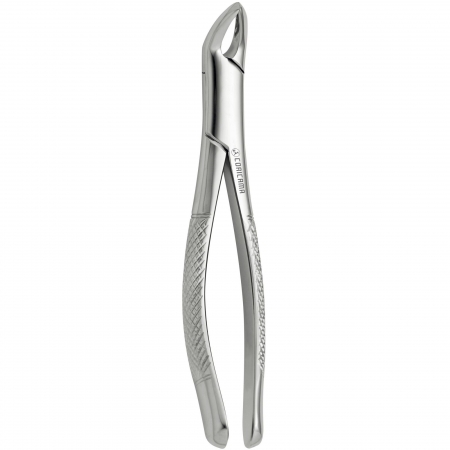 Used for dental extraction (aka: tooth extraction, exodontia or exodontics): the removal of teeth from the dental alveolus (socket) in the alveolar bone.
Designed for use in specific areas of the mouth. Beaks and handles are shaped to perfectly fit the contours of the teeth and are used to easily and effectively reach the different teeth.
The operator must find the forceps with the most suitable grip and the blades should adapt to the tooth with its beaks grasping the root bifurcations. When using forceps to extract a tooth, two types of movements are made. First, the gingival and periodontal ligament are cut: the blades should be positioned below the gingival margin on the buccal and lingual parts of the tooth and then driven with increasing force in an apical direction. In this way,they slide over the length of the root surface to the final part rather than gripping it from the outset. Positioning the forceps in the most apical position possible ensures that the mechanical efficiency of subsequent extraction movements is maximal and the risk of root fracture is minimized. The second movement removes the tooth from the alveolus. Whilst the apical position reach in the first movement is maintained, the tooth should be gripped firmly with the blades and dislocated from its bony socket. This allows the alveolus to dilate and the tooth to be lifted out. The movements involved should be slow and targeted, allowing the alveolus to expand; their direction will be determined by the anatomy and position of the tooth being removed.
For lower (mandibular) premolars/bicuspids, incisors, roots, universal 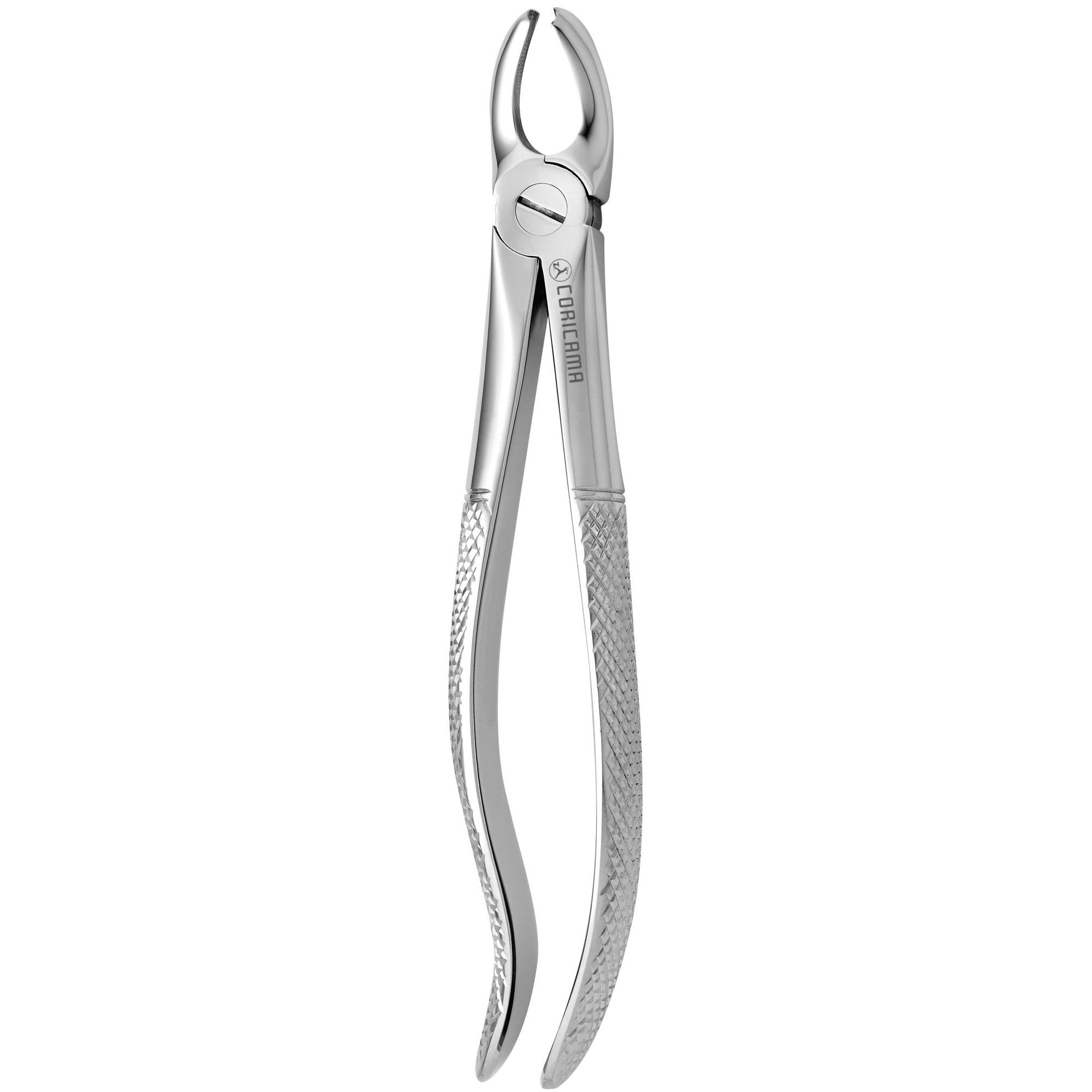 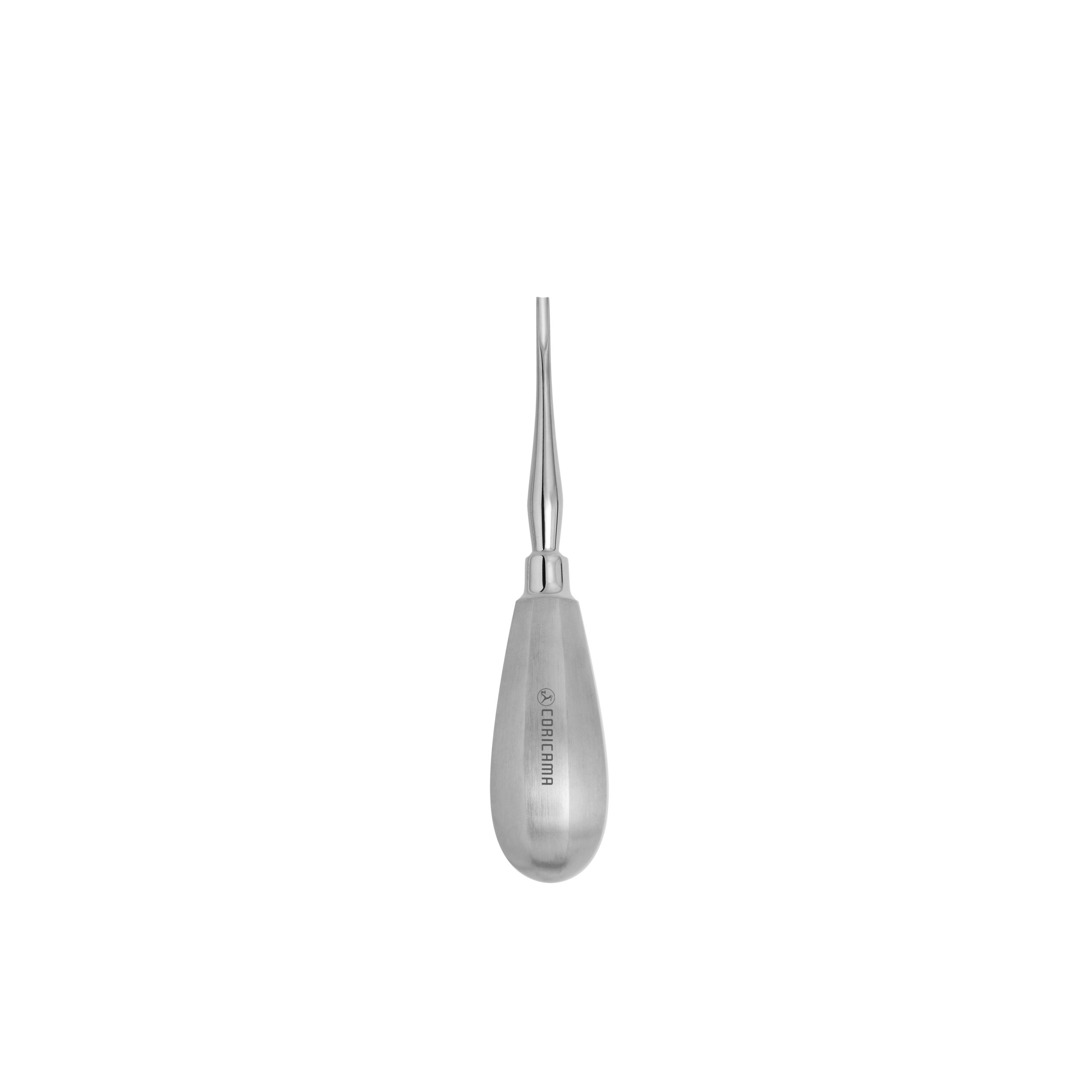 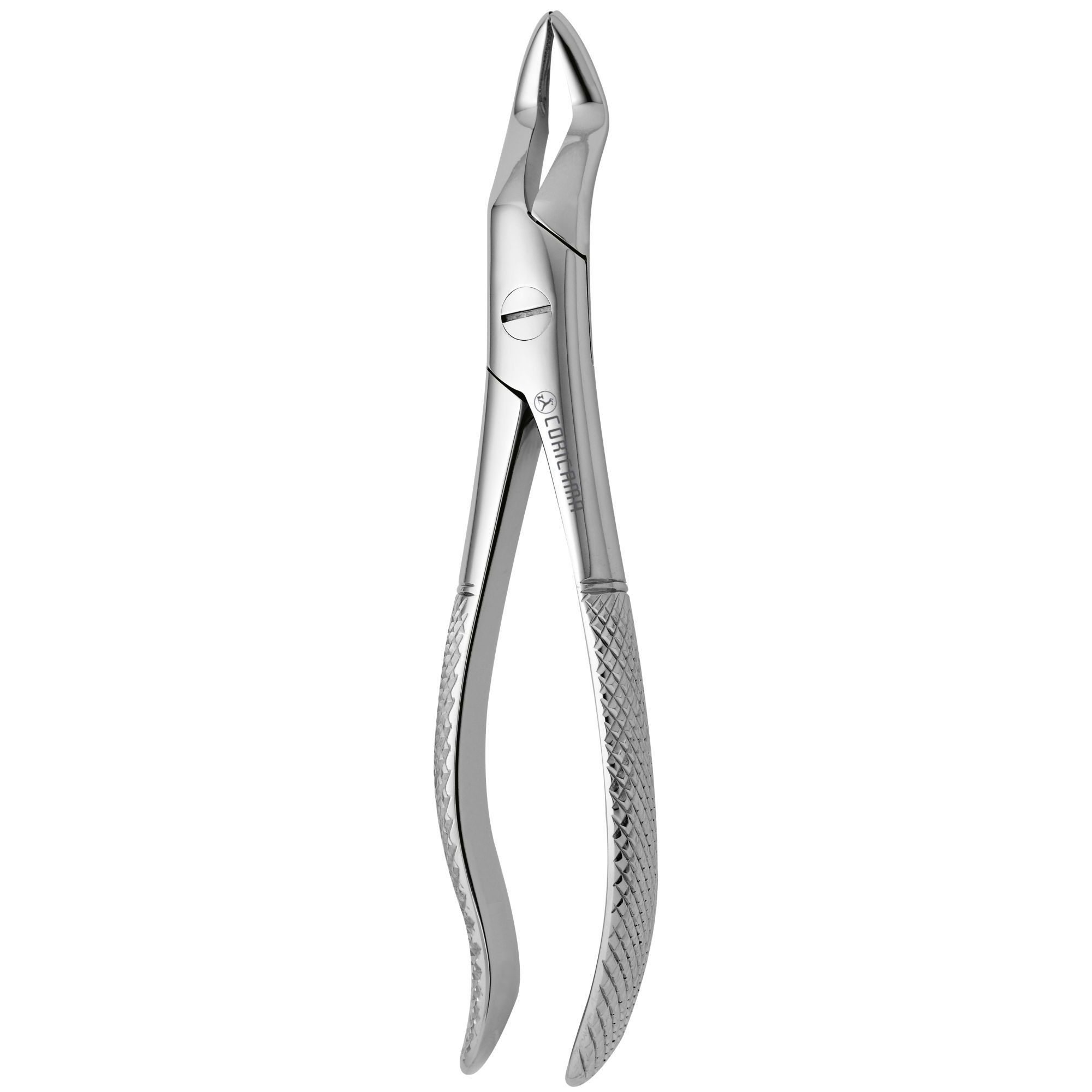 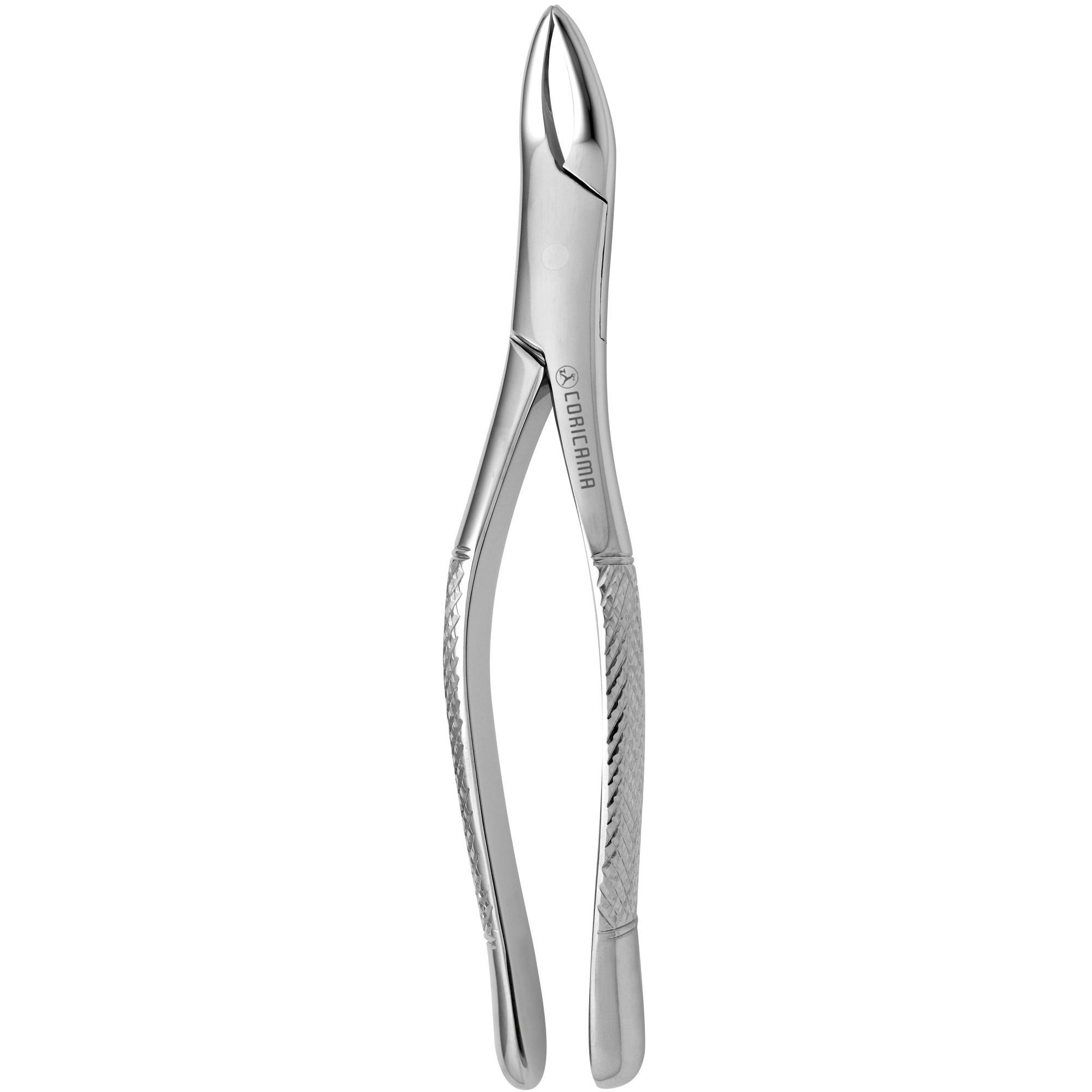